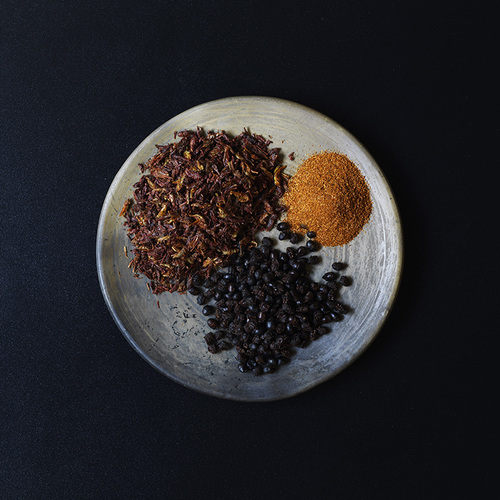 A Mexican balancing act of authenticity and innovation

Claim to fame: Sanchez sources its corn from Oaxaca, makes its own masa, and continuously seeks out the most authentic Mexican flavors

Reason to go: To see what star chef Rosio Sanchez can do when she sets her mind on more than tacos

To look out for: A dessert of churros with bitters ice cream, a riff on one of Sanchez’s earliest creations, back when she was a pastry chef at Noma

When she opened her taquería Hija de Sánchez, first at Torvehallerne, and then at Kødbyen, Rosio Sánchez was a trailblazer, teaching Scandinavians what tacos could really be. Now she’s opened a full service restaurant that goes even further, presenting the whole glorious spectrum of Mexican flavors and textures in dishes that are as sophisticated as they are unique.

Sanchez is not a place for stereotypes. There are no kitsch-colorful cloths draped over these tables, no piñatas dangling from the ceiling or ranchera music spilling out of the speakers.  With the exception of a few sedate cacti lining the dining room’s big windows and a campesino marionette hung from a corner of the bar, there is, in fact, nothing in the otherwise sleek space to suggest it’s the least bit Mexican.

But then the tastes start coming. A tamarind cocktail complicates the fruit’s tart-sweetness with mezcal’s signature smoke. Guacamole is zingy with lime and cilantro and the hand-patted tortilla chips served with it, fried well past golden, are addictive. Icy oysters are zapped with chile and enlivened with a drizzle of sea buckthorn.

As at Hija, masa is the star, featuring in nearly all the menu’s dishes, which can be ordered as a five-course tasting or à la carte, though many end up ordering the former and supplementing with the latter. Sanchez sources her corn from a small collective in Oaxaca, nixtamalizing it and grinding it herself. The result is a dough that, whether fried for crisp tortillas chips, or mixed with liquid for a soul-satisfying atole, tastes intensely and redolently of maize. Patted into thicker rounds for panuchos, it’s stuffed with Dzikil pak—a pumpkin seed mole brightened with tomato—and heaped with slicked greens. Hand-pressed into soft tortillas, it swaddles a whole soft-shell crab, deep-fried until black, but tasting purely of sea and earth.

Yet for all the authenticity of her flavors, Sánchez’s cooking is resolutely creative and resolutely her own. There’s evidence of techniques she acquired while working in Noma’s test kitchen; a smoky tomato soup, garnished with an egg yolk cured with matcha and morita pepper for some fruity, herbaceous spice,  topped with ancho salsa and some sweetly crunchy chapulines (grasshoppers). And an irresistible dessert of crunchy, sugary churros, balanced with a bitters ice cream that is a tribute to one of her signature creations as a pastry chef.  This is Mexican cuisine, undoubtedly, but stripped of its clichés and made new.