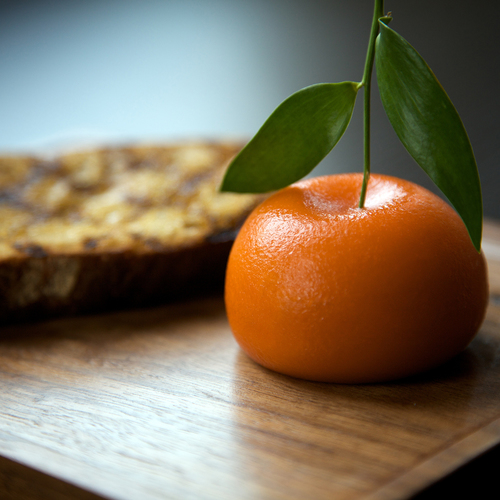 “The magic of Blumenthal given a Down Under twist”

Reason to go: The magic of Blumenthal given a Down Under twist

To look out for: Outstanding cocktails

In the beginning there was The Fat Duck and it was good. Thence came Dinner and verily it was also good. Then there came a time when The Fat Duck needed renovating and so it was that it moved from Bray, outside London, to a place as far away as the city of Melbourne, while the painters were in. And when the renovation was done, the Duck flew back to Britain, but not before laying a golden egg that hatched in its Australian nest and became the site of a new Dinner, Heston Blumenthal’s first permanent venture outside the United Kingdom. And it was good too.

This goodness might not be immediately apparent to the diner as she wends her way through the Crown casino to find the restaurant, which sits away from the glittering riverfront where most of said casino’s glossier eateries – branches of Nobu and Neil Perry’s Rockpool Bar & Grill among them – reside. Dinner by Heston Blumenthal is, in fact, so close to Crown’s gym that you can almost smell the swimming pool.

This being Heston Blumenthal, of course, it could be all part of the plan. The great man could be working our psychographics to bamboozle us ahead of the wonders to come. Certainly once you step through the entrance and into the plushly appointed room all thoughts of feeling the burn evaporate.

The seasoned destination diner will know the back-story, of course: as in London, Dinner takes its inspiration from historical British cooking. The salamagundy, a collation of chicken oysters (the part of the bird the French so wonderfully call sot-l’y-laisse – “a fool leaves them”), braised radish, beef marrow and pickled walnuts tied together most effectively with a horseradish cream, dates from 1720. From the 14th century comes frumenty, reimagined here as grilled octopus, spelt, pickled red moss (yes, moss), and a lovage emulsion in broth, while the signature “meat fruit”, a chicken liver parfait styled to very closely resemble (and taste of) mandarin, is a mere 517 years old.

If the historical connections sometimes seem a bit loose, the kitchen more than compensates with the tight plating and clean flavors. This is a brigade that knows its business.

All this Madame Tussauds business might seem a bit forced in, say, South Korea, but in Australia, which remains part of the British Commonwealth and still features Queen Elizabeth II’s unsmiling visage on its coin, there’s enough of a shared history for it to sort of make sense.

So what’s different? The produce is the thing. Here rice & flesh, usually cooked with oxtail, makes brilliant use of curried kangaroo tail. Eucalyptus – presumably a thing unknown to 15th century Britons – provides an intriguing flash in roast groper with green sauce. And Vegemite, a savory yeast-based spread that Australians enjoy on toast for reasons not perfectly understood by the wider world – stars in an unusual dessert which unites toasted barley cream, macadamia nuts, puffed spelt and a sourdough crumble.

And then there’s the drinks. Unlike the original Dinner in Melbourne, this one has a bar that welcomes diners and non-diners alike. London cocktail guru Tony Conigliaro consults on the drinks list, and it is a thing of wonder. His Bloody Mary – crystal clear and beaded prettily with celery oil – is worth a visit in itself.