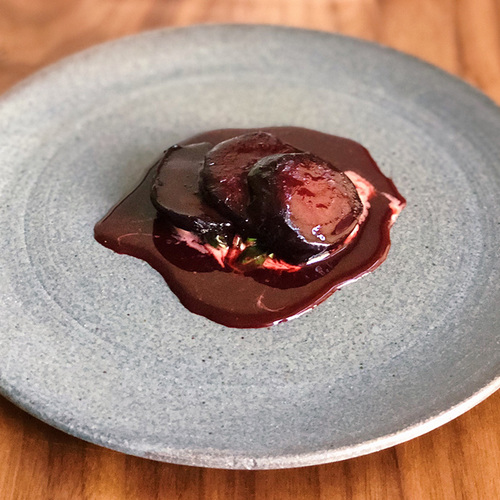 “See how the next generation is cooking already today”

Claim to fame: A young chef with great ambitions

Reason to go: See how the next generation is cooking already today

To look out for: Drop by the daytime café for java and inventive baked goods

Much has been written about Chef Flynn McGarry’s age. He’s young, so young he had to enlist the help of his older sister to get a liquor license. So young he’s been burdened with the prodigy-epithet and hailed as “the Justin Bieber of food” by Vogue magazine. Young enough that one jaded New York-toque Twitter-spouted a kid his age shouldn’t be allowed to call himself a chef. But give this guy a break. He started cooking at 11 and staged at Alinea, Eleven Madison Park and Maaemo before turning 17. He’s devoted, serious and mighty mature for someone who’s barely past his teens. What were you doing at 20? Probably not running your own tasting menu-only restaurant.

Before Gem, McGarry hosted pop-up dinners in New York and Los Angeles, and before that there were culinary soirées in his mother Meg’s LA home. Yup, Gem is of course mom’s name spelled backwards. A bit twee maybe, but let’s forgive that. With his first permanent space, McGarry has recreated that at-home vibe; dinner at Gem is a clubby affair, a pseudo-private dinner party in a dimly lit mid-century-sleek salon that regales 36 guests in two seatings per night, Tuesday through Saturday. The open kitchen is almost as modest as McGarry himself; it’s also curiously quiet––a contemplative pantomime with tweezer-sharp focus that unravels across a multi-course fête.

Gem’s menu reads like a modernist poem by a gentleman farmer-bard. A smattering of snacks are centered around the season’s snappiest peas and beans, favas with egg yolk and rye, grilled snap peas with nettles and tonnato. Smoked cod could well be an ode to Chef Holmboe Bang and Maaemo, it’s a Nordic-tinged, oceanic verse accented with apple slivers, caraway and horseradish, and though we’re still on the fence about the textural success of those crunchy apple slivers coating the delicate fish, the dish does deliver subtly elegant aromas. Common red cabbage on the other hand, is a hit of high-low ingredients, innovatively dressed with noble foie gras and a soupçon of vadouvan. An aged beet with its greens and bordelaise tastes like slant-rhyme; it’s smoked, braised, dried, grilled, rehydrated, and subsequently roasted into a satisfying marvel of meaty earthiness. Our meal culminates with McGarry’s lobster feast; a crustacean iambic pentameter of tail, claws, knuckles, broth and naan, each served with its own accouterments. The evening’s last stanza is flavored with yet more fruits and berries, it takes the form of a homey rhubarb- and green strawberry galette.

Chef McGarry’s cooking is both confident and creative, his influences cannot be denied, but his craft is gutsy and at 20 he’s well on his way to finding a truly personal culinary style.

The wine list leans toward France, Germany, Austria, and the United States with a few unique finds. Sake, East Coast beers, and ciders are also available, as well as a $100 beverage pairing.