Outside Pittsburgh, A Fine Dining Restaurant For Everyone 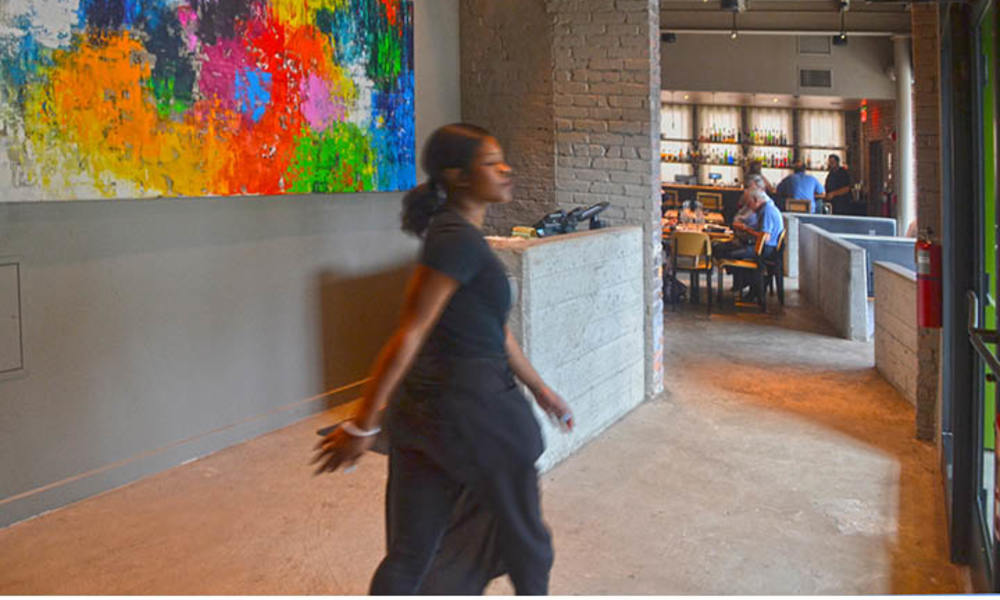 Opening a fine dining restaurant in a town where more than 30 percent of the population lives below the poverty line might seem like a questionable business proposition. But when Chef Kevin Sousa opened Superior Motors in Braddock, Pennsylvania, he did it purposefully: he wanted to create a bridge between his new restaurant and the residents of this old steel town 16 kilometers outside of Pittsburgh. First he made sure that a significant portion of his staff--35%--was local. And then he went further.

"If we were going to be in an already established community, we wanted to make sure that community was able to enjoy the food we provided," explains Chris Clark, Superior Motors' general manager. "We didn't want to exclude people." Sousa came up with a simple solution:  a card that gives Braddock residents an automatic, 50% discount. With it, the price of a dinner comprised of, say, peekytoe crab starter, vaudovan-scented lamb, and bergamot semifreddo comes to about $25 per person.

One year in, Clark estimates that 25 tables use the card each month. While this represents a small percentage of the restaurant's more than 1,800 monthly covers, Clark says they're working to get the card into more residents' hands: "It's a small community, and we are expanding what's worked well for us: personal contacts at specific locations."

One of those locations is the Braddock Library, where librarian Mary Carey encourages community members to fill out the applications that she keeps on hand. Superior Motors then mails residents their cards. "It's been a nice outreach that we'd like to replicate in other areas of the community," says Clark.

One resident recently showed up at the restaurant after hearing about the card. "She was shocked to have dinner and get the discount right then and there,” says Clark. “That made me happy. It's nice to meet expectations for people in the moment.” Meet, and even exceed: in April, Food & Wine named Superior Motors one of its ten Restaurants of the Year.