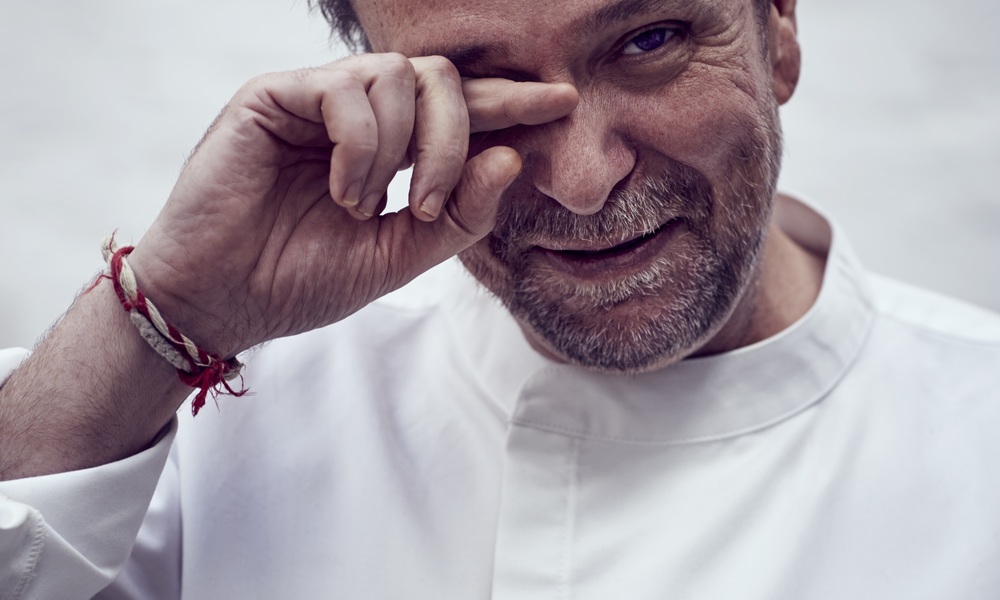 For the 12th year running, the White Guide proudly presents the Global Gastronomy Award. Awarded to a chef or other figure within the world of gastronomy whose effort and vision has made him or her a role model and source of inspiration to others, the prize recognizes individuals who are moving gastronomy forward – and beyond. This year's award goes to Australian-born, Bangkok-based chef David Thompson.

By exploring, recording and restoring the rich and partly lost treasures of traditional Thai cooking––from royal cuisine to street food––David Thompson has identified the key building blocks and original paths of an integrated Thai gastronomy that bridges the past and the future.

David Thompson first arrived in Thailand nearly three decades ago. After serendipitously meeting and then collaborating with Khun Sombat Janphetchara, a female cook educated in one of the many Bangkok palaces, he began researching the roots and traditions of Thai cuisine, many of which were documented poorly, if at all. A pioneer in culinary anthropology, Thompson collected and revived ancient recipes that might otherwise have slipped from public memory. By combining this research with extensive experimentation in the kitchen, he has become the foremost custodian of Thai cooking, preserving and promoting it in his numerous award-winning restaurants in Thailand, the UK, Singapore and Australia. He has also written several cookbooks, and trained an entire brigade of young chefs, many of whom have gone on to achieve great success themselves. He co-founded the group Aylmer Aaham with Aylmer Capital in 2014 in order to explore and protect the legacy of Thai food, from the farming and sourcing of authentic Thai ingredients, to the distribution of selected products.

The Global Gastronomy Award: Celebrating forward-thinking gastronomy, on and off the plate

For more than a decade, beginning with its inception in 2007 with awardee Ferran Adrià (El Bulli, Catalonia), the Global Gastronomy Award has honored some of the world’s most forward-thinking chefs. Each recipient has excelled not only as a cook, but as a pioneer whose initiatives have reached far beyond the plate. Some have found solutions to current problems by reviving nearly-lost forms of knowledge, while others have developed innovations that improve the environment or achieve social change through gastronomy.

After ten years in Stockholm, the Global Gastronomy Awards ceremony embarked on a global relay tour, traveling each year to the home turf of the previous year’s winner. After Dan Barber received the 2016 award, the 2017 ceremony took place in New York City. There, the award was bestowed on Enrique Olvera, whose home base, Mexico City, will now host the 2018 event on September 23-24, 2018.

Taking gastronomy forward – and beyond