From Borneo via Penang, A Salt That Goes Beyond Basic 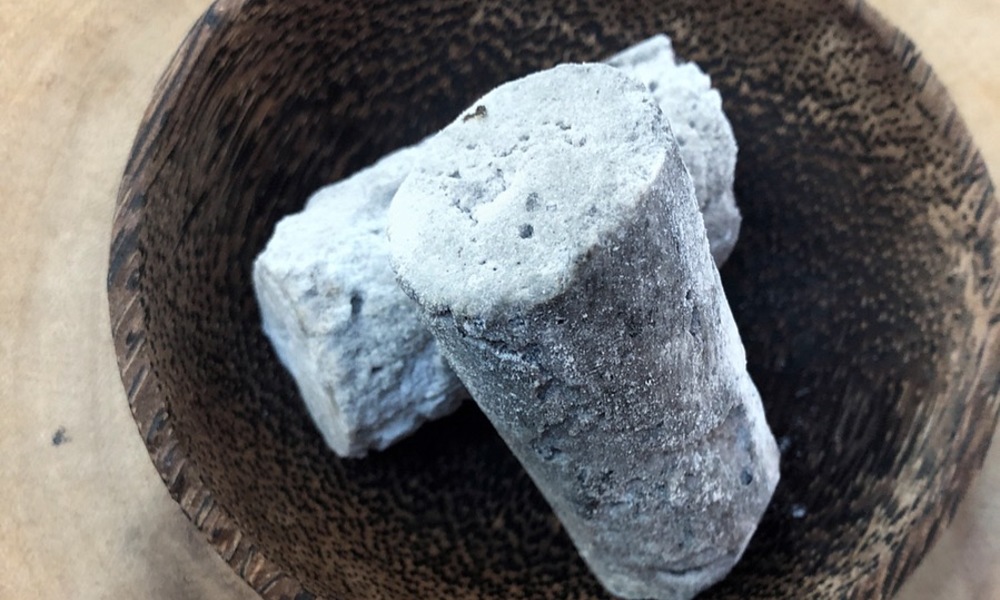 At Restaurant Gen on the Malaysian island of Penang, Johnson Wong discovers a salt unique in both flavor and culture

There’s no more basic ingredient than salt, but even salt, it turns out, can be exciting when you discover the right one. That’s the lesson Johnson Wong, chef of Penang’s Gen learned, when a colleague from Sarawak introduced him to a remarkable salt made in the same remote region of Borneo that produces the famed Bario rice.

Bario rice is unusual because it grows at high elevations—1000 meters altitude, in fact–and because it’s cultivated exclusively by members of the tiny (just 5000 members) Kelabit tribe. The same terrain and the same people produce Bario salt as well, hiking far into the Highlands to source salt water from natural springs, then boiling it for 24 hours until the water has evaporated, The drained salt is then packed into bamboo pipes and charred in a fire for another 24 hours to harden it. “It gives it subtle flavors of bamboo," says Wong. "And of course smoke."

Wong likes working with the Bario variety because it's natural, and not over-bleached. . “It’s also less salty than the commercial kind, and contains more natural minerals,”  he adds. Because of its unusual properties—and especially that high minerality –it took him a while to figure out how to use Bario salt in his cooking. “It’s completely different from normal salt. Certain experiments—like using it to cure buffalo meat-- didn't work because the flavor of the meat overpowered the flavor of the salt. It works best with raw dishes, or grilled ones, where it can really bring out the smokiness.”

Yet the aroma of the salt isn’t the only aspect that inspires Wong. “We serve it with our black Chicken and Bario Rice dish so that the salt and the other main ingredients all have the same basic origin. It’s not just addiing extra aroma, its representing the culture as well.”