The Meal of the Future – Already Today 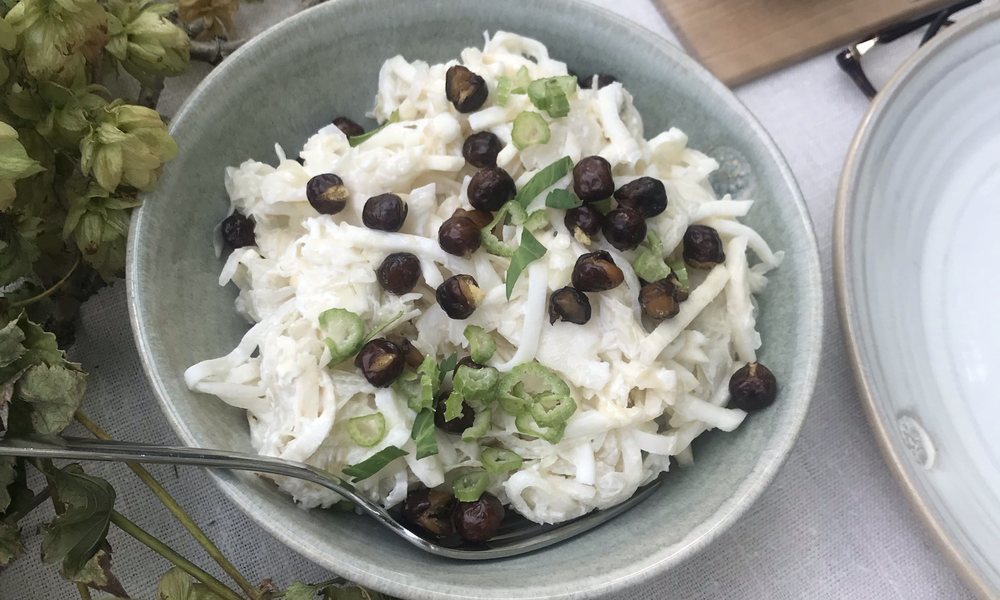 Approximately ¼ of a soccer field, 2000 square meters is the space each of us would end up with if the earth’s arable land was divided among the global population. In reality, many of us require lots more land to meet the needs of our annual food consumption; Swedes use on average double that space, 4000 square meters per person, and Americans roughly 8000 square meters per head. This was the starting point of Experiment 2000m2, a project being carried out at Rosendals trädgård, or Rosendal’s garden, in Stockholm.

Based on research by Artur Granstedt, associate professor in Ecological Agriculture at the Swedish University of Agricultural Science (SLU), the endeavor aims to prove that a person can live well if feeding him- or herself on what’s produced on only 2000m2, supplemented by locally foraged ingredients and game. Over the course of one year, Experiment 2000m2 will serve 1 095 meals (the total number of breakfasts, lunches and dinners that a person consumes annually) made with nothing but the raw materials harvested in the field that measures exactly 2000m2. The goal is to serve nutritious, healthy and delicious meals to any and all guests who are lucky enough to snag the sought after reservations.

By practicing ecological recycling agriculture, the experiment also provides an unconventional, instructive and down-to-earth way of fighting climate change, health problems, and inequalities in the food system, both locally and globally. More squares of 2000m2 being farmed in a similar way across the world, are listed at 2000m2.eu.