The Global Fight for Biodiversity 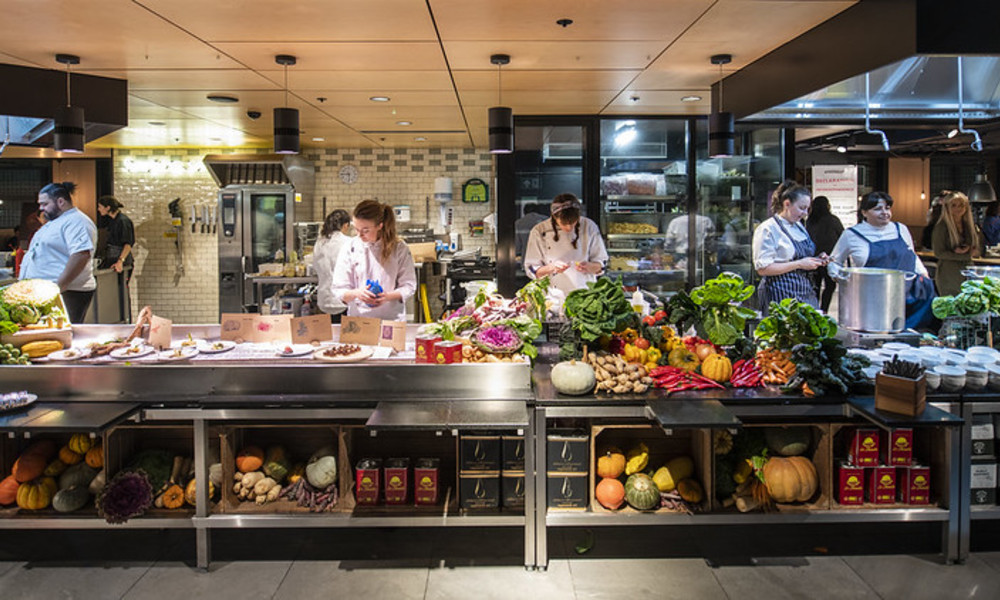 A mere handful of crops––wheat, rice and maize, at the top of the list––stand for the great majority of the world population’s calorie intake. Simultaneously, the rate with which certain species are going extinct is accelerating and unprecedented in human history. This two-fold development contributes to climate change and is a massive threat to global food security.

To help fight the loss of biodiversity, conserve and use crop diversity, the FAO and the CGIAR (Consultative Group for International Agricultural Research) founded Crop Trust in 2004. This Bonn-based, not-for-profit organization runs a number of research programs and initiatives, as well as the fail-safe Svalbard Global Seed Vault together with the government of Norway. The vault was designed to hold samples of 4.5 million agricultural crop varieties.

One of Crop Trust’s initiatives was the Food Forever Experience, conducted 2018-2019; a series of dinners held in ten cities across the globe, from Cusco, San José and Washington DC, to London, Stockholm, Bonn and Abu Dhabi. In each location, some the world’s most innovative chefs were asked to plant a seed for a more diverse, nutritious and sustainable future.

”We challenged them with ingredients that are on the edge of the food system,” says Eric Oberholtzer, chef and co-founder of Tender Greens in Los Angeles. “And they put together an amazing dinner for an audience of food influencers, food innovators and food press, to collectively imagine the future of food.”

Another initiative, 2020 for 2020, focuses on the United Nation’s Sustainability Goal Target 2.5, which, unlike other sustainable development goals, culminates already in 2020. The objective is to “maintain the genetic diversity of seeds, cultivated plants and farmed- and domesticated animals, and their related wild species”.

To do so, the organization aims to engage 2020 chefs globally who, through their kitchens, restaurants and recipes, will inspire better ways of cooking, eating and safeguarding biodiversity. Participating chefs pledge to protect what remains of the spectrum of our food system by featuring specific ingredients in their dishes. They are also asked to add assorted new elements to their menus and to advocate for the importance of biodiversity to their guests.

To date, some 200 chefs have signed up, a number that is increasing on a daily basis. The majority of the chefs are based in Europe, North America and Asia, though African, Latin American and Australian chefs are steadily joining their ranks.

”We don’t reach people’s hearts until we’re going through their stomachs,” says Marie Haga, Executive Director of Crop Trust. “That’s where the chefs come in.”

Food Forever and 2020 for 2020 receive financial support from the governments of Germany, Norway, Switzerland and The Netherlands.