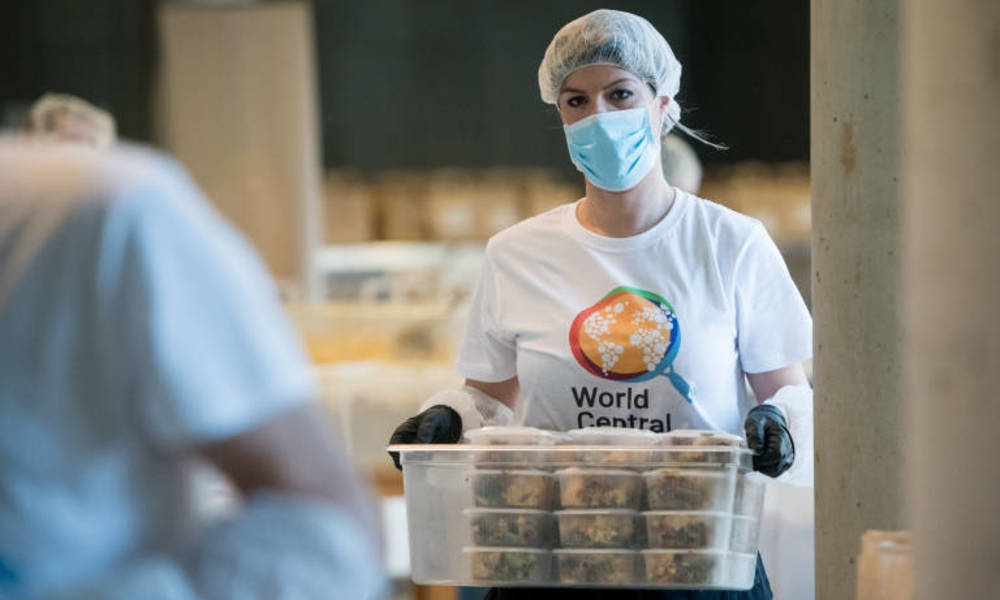 Some of the most effective initiatives to support and aid those most affected by the pandemic existed before the crisis hit us –– well-structured organizations that were already up and running and ready to respond.  One of these is World Central Kitchen, founded ten years ago by Chef José Andrés and his wife Patricia. Their aim is to create smart solutions to hunger and poverty, to use the power of food to heal and strengthen communities in times of need.

Since its inception, the organization has helped in a number of ways, through a clean cooking initiative, culinary training programs and social enterprise ventures. One of the most effective ways has been to provide warm meals in rapid response to emergencies or natural disasters; more than 18 million meals and counting.

Before the corona crisis, World Central Kitchen’s largest commitment was in response to Hurricane Maria in 2017, when 3,7 million meals were served to disadvantaged Puerto Ricans. Millions more have been supplied in response to wildfires in California, severe floods in Nebraska and South Dakota, earthquakes and tsunamis in Indonesia, cyclone Idai in Mozambique, the Fuego Volcano eruption in Guatemala, and as a lifeline to Venezuelan refugees in Colombia, to name just a few of their efforts.

To date, it has catered some 6,5 million fresh meals in 225 Covid-stricken cities across the USA and Spain. In particularly vulnerable places, like the New York City area, the organization’s Relief Team continues to provide almost 100 000 meals every day.

Through the nationwide emergency food relief program, #ChefsForAmerica, and in an attempt to keep as many of the American restaurant industry’s 15,6 million workers employed, World Central Kitchen has committed to purchase 1 million meals from local restaurants, to be delivered directly to Americans in need.

The initiative is funded by individual donations, foundations and businesses, as well as by fundraising and volunteership.