Fostering a Generation with a New Understanding of Food and Farming 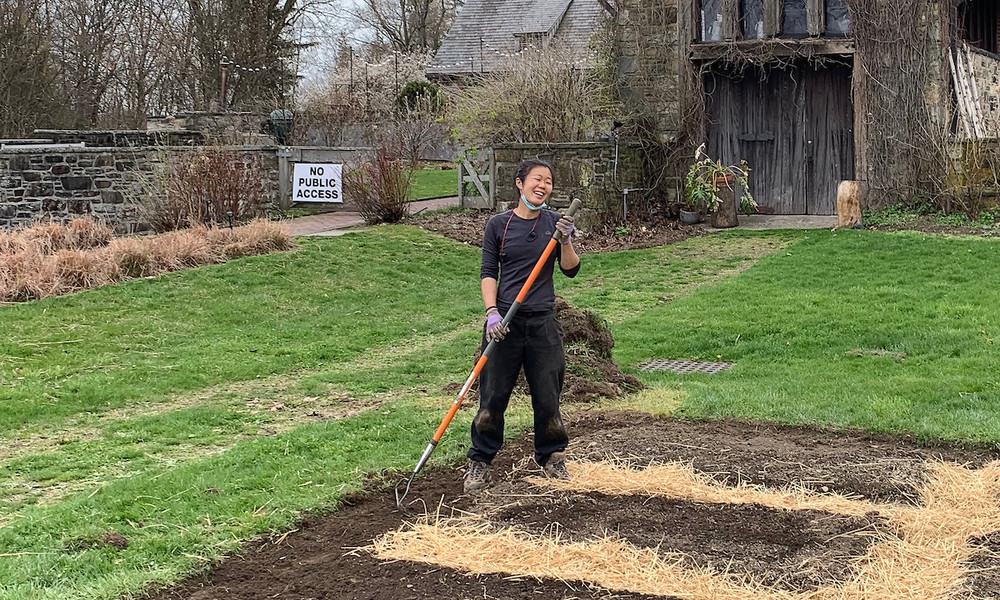 A week after Blue Hill at Stone Barns had closed due to the pandemic, owner Dan Barber called to check in on his furloughed chefs. Most of them were either tinkering on their phones or couch surfing in front of the TV. “What a waste, all this great talent and these great minds,” he thought and wondered if there wasn’t anything he could do to activate the young cooks.

Barber turned to Stone Barns’ head farmer, Jack Algiere: “What if we gave each cook a small piece of land, 12 by 15 ft, and told them to dig into it with a shovel and plant the kitchen gardens of their dreams?”

Three candidates signed up immediately; Pruitt Kerdchoochuen, Bronson Petti and Chuan-Chieh Chang. Guided by Algiere, they nurtured their little potagers while recording the process in recipe format, simultaneously photographing and posting images on social media to share their experiences with friends.

Soon thirty chefs across the US were shoveling and cultivating their own kitchen gardens. Thus, the Stone Barns team’s Kitchen Farming Project was born. “The next morning, I woke up and we had been joined by a thousand unemployed cooks around the world,” says Barber.

Today, that number has sprouted to more than 3000 includes chefs in Greece, Norway, Nigeria, Egypt, New Zeeland, the Philippines, and Alaska.

To create an even more powerful movement, Barber will continue tying people to the project: “There’s a larger issue at stake here. At least in America, it’s about good food, and it’s about how food is grown, because what happened during the pandemic is that processed food, big food, big agriculture has gotten bigger and stronger.”

In addition to the Kitchen Farming Project, Blue Hill and Stone Barns Center for Food and Agriculture partnered to create resourcED, a program to support the independent local food and farming movement during the pandemic crisis and beyond. As part of this initiative the team has conducted surveys to understand how small- to midsize, independent and often organic farms are affected by the pandemic. Their findings are bleak, pointing to a risk of mass bankruptcy within a year.

In the interim, having acquired a good hands-on understanding of farming, the Kitchen Farming Project’s participants could be dispatched to help harvest at local farms as many producers lack the financial means to employ seasonal workers.

Barber’s long-term vision is to foster a new generation of cooks and restaurant guests who possess a closer relationship with agriculture and a deeper understanding of what it takes to grow food. “One way of making the movement permanent is to create a compass for these cooks who, for the most part, have never dug a garden before. That stays with you for your life. You end up invigorating a sense of what’s important when these cooks go back to work and become sous chefs and chefs. A generation of cooks who are more conscious about where food comes from and how it’s farmed.”

Although it was designed for cooks, the project is open to all – bartenders, bakers, butchers, and anyone who loves to eat; as many humans as possible will be needed to create a new food future.