Restoring the diversity of Thai cooking 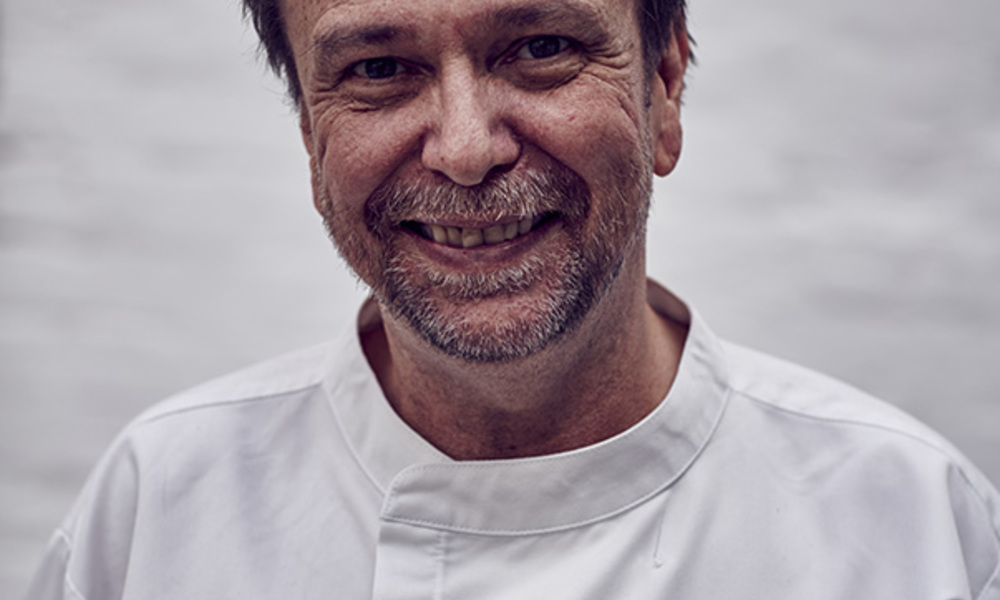 For the 12th year running, the White Guide proudly presents the Global Gastronomy Award. Awarded to a chef or other figure within the world of gastronomy whose effort and vision has made him or her a role model and source of inspiration to others, the prize recognizes individuals who are moving gastronomy forward – and beyond. This year's award goes to Australian-born, Bangkok-based chef David Thompson.

”Thai food is so diverse. The repertoire is, in fact, broad and varied, changing from location to location. It is as regional as Italian. Many Thai restaurants today cater to what people like, and delicious though it might be, it doesn’t convey the true diversity of Thai cooking.”

David Thompson, the global champion of Thai food, arrived in Thailand almost by accident nearly three decades ago. The young Australian chef enjoyed the experience so much he moved there shortly after.
“I arrived in Bangkok in the 1980s, and it was wonderfully unpredictable,” he recalls. “Foreign and strange indeed, but also exotic and alluring. It was, and is, such a nebulous city and inspires so many different feelings.”
A serendipitous meeting with Khun Sombat Janphetchara—the grandmother of a friend of his partner, Tanongsak—introduced him to the complex variety of Thai cooking. Ever since meeting Khun Sombat, affectionately called Khun Yai (grandma), David has been at the vanguard of Thai cooking—its promotion and preservation—and his name has become synonymous with Thai cuisine. He has opened award-winning restaurants in London, Sydney and Bangkok, penned cookbooks, collected and restored ancient recipes and trained an entire brigade of young chefs, many of whom have gone on to achieve great success themselves.
“My introduction to Khun Sombat changed everything,” says David. “She cooked with such deft skill, such poise, such elegance of seasoning. Her cooking indicated to me that there was something more to Thai food than the take-outs, green curries and the dishes one associated with Thai food back then.”
After learning the fundamentals of Thai cooking from Khun Sombat, whom David describes as “so tough she’d make Gordon Ramsay look like a pussycat,” he continued to read and research, furthering his understanding of this vast and varying cuisine. He consumed cookbooks and historical documents with a scholarly dedication, immersing himself in a foreign culture that had seemingly cast a spell on him.
Cooking in Thailand during the time of David’s arrival was never about entertaining, career progression or building restaurant brands and reputation.  Thailand didn’t have restaurants until very recently, and even in homes people employed cooks and didn’t go out to eat. If people couldn’t afford servants, then the women of the house would cook.
“It was a sign of a poorly-run household if you ate out too often,” says David. “Women would learn to cook in one of the many palaces, preparing food for people of higher rank. Maybe they’d cook for their husbands or for monks but it was never a profession.”
David went about researching and documenting traditional and royal household recipes and strived to learn the culinary techniques handed down from generation to generation. Very few recipes were ever written down. However, dating back to King Rama V 1881, it’s been customary to create memorial books to honor the deceased and they often included a wealth of recipes. David acquired as many of these books as he could get his hands on, gradually gaining a solid understanding of Thailand’s rich culinary tradition. Today, he has the most extensive collection of Thai ”cookbooks” and recipes in the world, including more than 600 rare and ancient recipe books.
“Two or three generations ago, there was far more variety. Thai food is, in fact, broad and varied, changing from location to location; as regional as Italian.  Many Thai restaurants today cater to what people like, and delicious though it might be, it doesn’t convey the true diversity of Thai cooking.”
David furthered his study by examining street food and royal recipes and traveled extensively across the country to understand how the regions varied and how this affected the ingredients and techniques used. In the food markets and street stalls, David tasted and tested a wide spectrum of Thai cooking, noting the diverse flavor palate and the subtleties in recipes; how dishes dance effortlessly from sweet and sour to spicy, salty and bitter.
“When I’m eating street food, my choices are rather prosaic. I like fried rice, crab and noodle soup, especially with fish dumplings. A dish I love is minced beef with holy basil, plus a stupefying amount of chillies with a fried egg and a bowl of rice—this to me is the quintessence of Bangkok food.”

In 1991, David returned to Sydney and opened his first restaurant, Darley Street Thai, an instant success, and a destination for in-the-know gastro-travelers, thanks to its authentic approach to Thai food.  Ten years later, David moved to London to open Nahm—“Water” in Thai—at COMO Halkin Hotel in Belgravia. It became the first Thai restaurant in Europe to receive a Michelin star, cementing David’s reputation as an international ambassador for Thai cuisine.
His first cookbook, Thai Food, was published in 2002. A magnum opus, it featured hundreds of lesser-known but equally authentic and delicious dishes, accompanied by photography by Earl Carter: a celebration of the Thai culture. The book won the 2003 James Beard Award.
Having earned a worldwide following for his ground-breaking Sydney and London restaurants, as well as for his encyclopedic tomes on Thai food, David decided to return to Bangkok. He opened his second Nahm restaurant at The Metropolitan hotel, offering an elegant and accessible menu that celebrated Thai cuisine’s many regional flavors. It ranked No.1 on the Asia's 50 Best Restaurants listing in 2014.
David’s second book, Thai Street Food: Authentic Recipes, Vibrant Traditions, takes readers straight into the bustling heart of Thailand’s colorful street stalls and markets, it features almost 100 authentic Thai dishes. The book was described by The New York Times Book Review as, “Bigger than a motorbike and just as transporting, Thompson’s book is a love letter to the street food of Bangkok.”
Translating this knowledge to a restaurant offering, David established Long Chim—“Come and Taste” in Thai—at Marina Bay Sands Singapore in 2015, evoking the mouthwatering roadside eateries and vibrant street markets of Bangkok. Long Chim has now opened its doors in Sydney, Melbourne and Perth and more outposts are underway.
Earlier this year, David ended his 18-year relationship with Como Hotels and Nahm, leaving the much-acclaimed restaurant at its zenith.  Although everyone is waiting for a new major restaurant venture to be announced, his focus for now is more academic, working behind the scenes instead of fronting kitchens. One vehicle for protecting the legacy of Thai food is through his group, Aylmer Aaharn, which he co-founded in 2014. It aims to preserve and promote Thai culinary traditions, from farming and sourcing authentic Thai ingredients, to processing and distributing genuine food products. 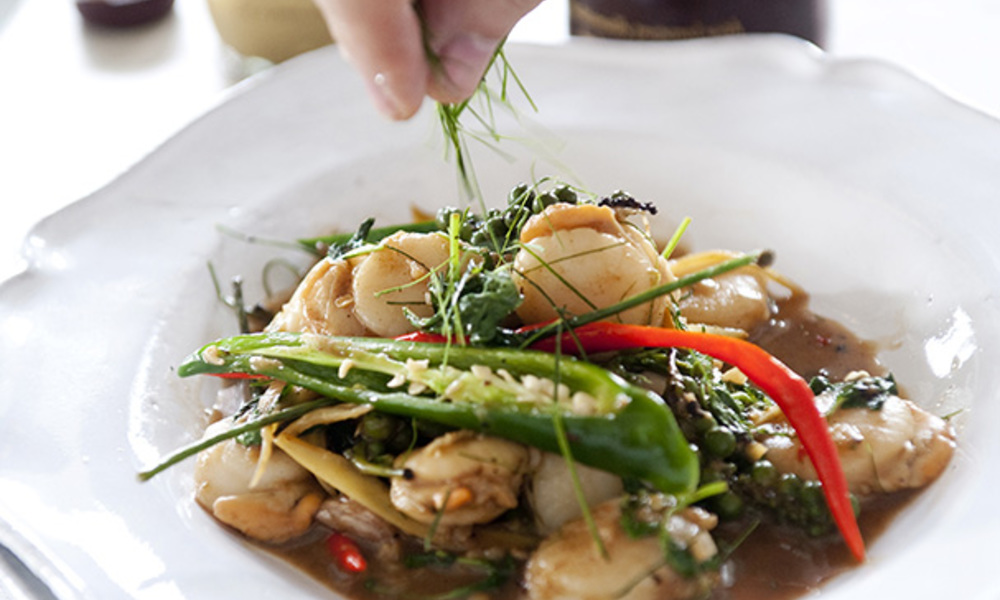