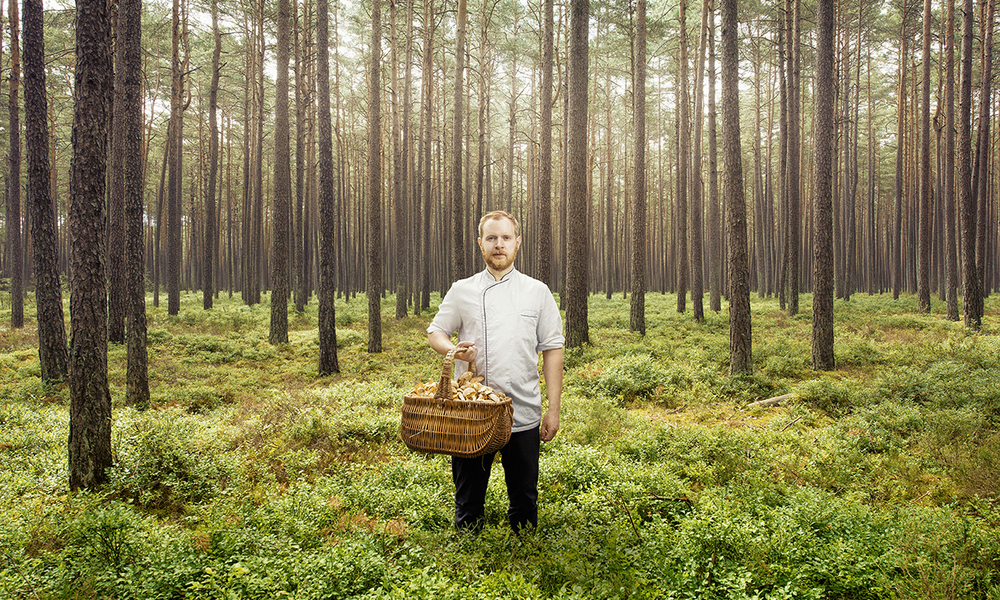 To help save endangered eels, Sosein hunts them for dinner

Most diners who tuck a wide-tonged wooden fork into a tangle of baby eels at some grill in the mountains of Vizcaya are so enraptured by the flavor that they fail to give much consideration to what happens to the few tiny, translucent creatures that manage to escape the eeler’s nets and work their way further inland. But at restaurant Sosein, near Nuremberg, Germany, Felix Schneider aims to change that. This summer he put a small number of adult eels on his menu in order, ironically enough, to help save the species. There was only one problem: the eels had to be caught first. And by caught, he means hunted.

On rainy summer days, adult yellow-bellied European eels – measuring more than a meter long and weighing around a kilogram each – take to slithering through the grass along the rivers near the town of Nuremburg. The adults, which can breathe on land for short periods like snakes, hatch in the ocean but spend most of their lives in fresh water, before returning to the Sargasso Sea to spawn and die. “You can see them every few minutes,” says Schneider. “The best way to catch one is by grabbing it by the neck with your hands.”

The European eel is considered a highly endangered species, having declined by more than 90 percent since the 1970s. While farmed varieties exist, Schneider points out that most aquaculture facilities “just take glass eels and raise them” to be sold. He sources wild specimens from a fisherman who owns the right to hunt them on the grounds around his grain mill (thanks to a law dating back to medieval times). As part of an effort to revive eel populations, the fisherman collects 1000 baby eels every year and returns them to the river as adolescents. He catches 50 adults for Schneider during the short hunting season.

At Sosein, the fish is dispatched using the ikejime technique to preserve the flavor and texture of the flesh, and then aged for up to ten days at low temperatures. Schneider marinates the fillets in a Japanese-inspired barbeque sauce made from lentil miso, sugar-beet molasses, and fermented Peruvian chili paste, before grilling them over charcoal embers. The meat is succulent and smoky-sweet, with a fiery kick that reminds you that you’re far from Tokyo. “We like the discussions that come up when we serve this product. Not using it doesn’t make the situation better,” Schneider observes. “It’s part of our mission to explain why we make the dish.”