Reconnecting a City with Its Countryside 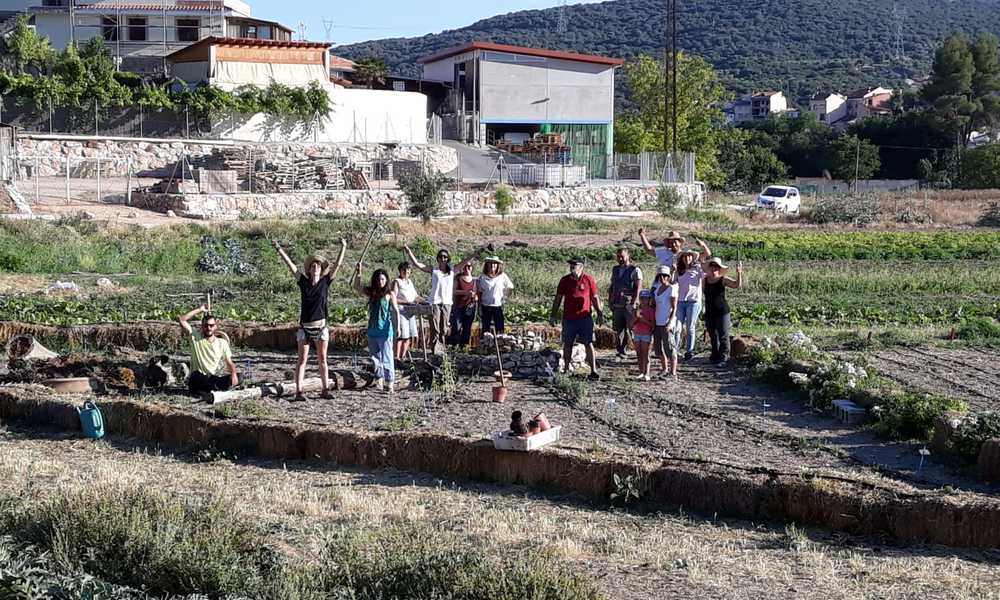 The worldwide migration from rural regions to urban areas is greatly impacting society as a whole. Agricultural land is urbanized or simply abandoned due to low profitability for small farmers. Aging populations and disinterest in keeping traditions alive are also causing problems, as is the high dependence on fossil fuels and the inability to adapt to changes in demand on the international markets.

According to the Madrid Statistical Institute, the past 30 years have brought about a dramatic decrease in agricultural land around the capital region. Orchards have suffered the most, decreasing by 76 percent from 1985 to 2015, while land used to grow grains and legumes has dwindled by 38 percent. Urban areas, on the other hand, have almost doubled in surface since the 1980s, a development fueled by a rapid increase in population, from 4.7 million in 1981 to 6.4 million in 2015.

The decline in agricultural activities has reduced many rural areas to dormitory towns or weekend leisure destinations for city dwellers; some territories have become depressed, isolated, even abandoned. To address these issues, the Madrid Regional Government founded Agrolab Madrid with the aim to “create agricultural laboratories for training and entrepreneurship in rural areas”. Since its 2015 inception, the project’s annual training program has seen a total of 126 participants between 18 and 70 years of age. The 2018 edition welcomed 48 candidates.

“We carry out courses focused on entrepreneurship, such as vegetable canning and cooperative economy so that business ideas can be based on real results. Participants are also given training in inclusive social agriculture, so that once established they can diversify their sources of income,” explains Clara Sában, the agronomist who runs Agrolab Madrid together with seven other agronomists and ecology- and communications professionals.

“The project’s most successful crops are the summer orchards that yield tomatoes, cucumbers, peppers and aubergines. Other interesting crops are those derived from the pre-Hispanic association called milpa: pumpkin, beans and corn.”

The participants’ diverse backgrounds benefit the exchange of knowledge and experience.  Real market data is used to analyze project costs, including materials, machinery and irrigation systems, thus teaching the participants to cultivate their land in ways that meet consumer demands. As much as possible, they are encouraged to grow seasonal products that are then sold at local markets.

“For us, it is very important to maintain the traditional varieties of each area, so we work with the seed bank of IMIDRA. They give us seeds that we reproduce in our lands, developing with the participants the role of seed custodians. In this way we compare the commercial and traditional varieties in relation to their production, quality and adaptability to climatic conditions.”

Clara Sabán says she believes Agrolab Madrid has contributed to making the connection between the agrarian landscape and cultural identity more visible. The project has also generated a social network in the villages, sparking confidence among those wishing to work in agriculture.

“We would like Agrolab Madrid to become self-managed by the participants, and that the entities currently operating it take a supporting role. In this case IMIDRA would supply scientific evaluation and measure indicators that could facilitate replicating the program in other municipalities.”

When asked about Madrid Agrolab’s general impact, the participants emphasized the strengthened social status of agricultural work, the new networks built between producers and consumers, and the new connections between rural- and urban dwellers. More work opportunities and improved skills were also highlights of the program.