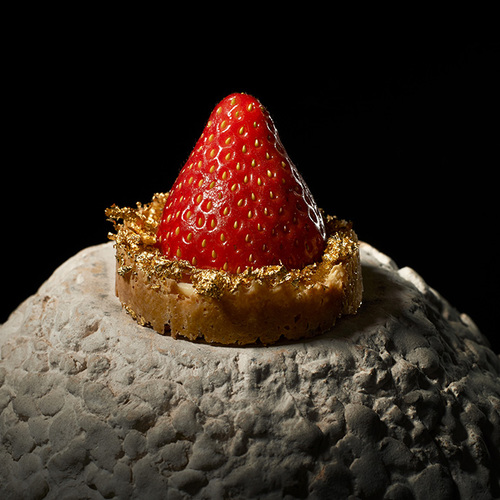 To look out for: Knock-your-sari-off yellow crab curry

What do you do when you’ve made your name as the latest culinary iconoclast, invented “Molecular Indian” cooking, and become so much a part of the successful establishment that you’ve been awarded the number one spot on the Asia’s Best 50 Restaurants list two years running? How do you follow an act like that? Or provide extra room at a small place set in a refurbished cottage when both faithful fans and new hordes of curious gastromads have to make reservations months ahead?

You expand, of course.

At the place that made him a household name, Kolkata-born Chef Gaggan Anand has recently opened his long-planned, long dreamed-about “Lab.” Set under a glass extension on the side of his main restaurant, this addition is indeed outfitted like some culinary researcher’s lair, lined with futuristic chillers, blasters and dehydrators. And though the kitchen is now overseen by an assistant who Gaggan terms a certified “food scientist,” the Lab is really a new sort of chef’s table where, seated around a three-sided wooden counter, a lucky few can cozy up and get entertained by the extroverted genius who is India’s greatest gift to its Asian neighbor.

Diners are barely inches away, nearly able to help stir and shake and pluck garnishes, while Gaggan and several eager young cohorts from territories as far away as Spain and Texas, churn out a procession of a dozen plus imaginative courses. Some house specialties may be familiar to previous Gaggan patrons, like the yogurt explosion that seems to contain all the power of a garam masala in a single spoon, or his pack of curried street snacks cleverly contained in edible plastic. There’s also the world’s most delectable piece of burnt charcoal, and a mango-flavored ice cream cone bearing high-grade sea urchin. Then there’s a miniature log filled with a mushroom mouse, as preface to a “tea ceremony” performed by Gaggan himself which magically combines intensely green coriander oil with a British-inspired tomato soup that puts the entire British Raj to shame.

This Lab, it seems, is as much about the Chef’s search for his own authentic future as that of his menu. Either way, it’s an experiment-in-progress that diners can feel privileged to witness.