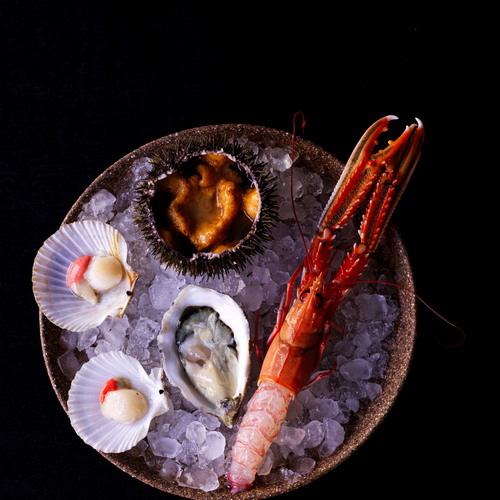 Claim to fame:  Simply the best seasonal seafood in Copenhagen

Reason to go: Bountiful beauty from the sea, treated with the respect it deserves

To look out for: Sea urchins from the icy waters of the Faroe Islands

Sometimes, especially when it comes to seafood, the best choice is to not cook it at all. Beau Clugston, Aussie chef-owner of seafood bistro Iluka, has enough experience and respect to leave some things alone, like the sea urchins and langoustines from the Faroe Islands that he serves straight up, unpretentiously accompanied by delicious, toasted sourdough bread.

The word Iluka is aboriginal, it means “near the sea”, and while Clugston’s fishing- and oyster-diving childhood on the coast of New South Wales might seem far away from urban Copenhagen, he does have a connection to this city. Clugston worked in Sydney and for Gordon Ramsay in before he landed in Copenhagen, at René Redzepi’s Noma where he was responsible for the restaurants relocation and Sydney pop-up, among other things.

At Iluka both influences are palpable. The “cooked” dishes on the menu are seemingly minimalistic, often with only three main ingredients, and always giving the seafood center stage. In reality the preparation is of course far from simple, as the flavors are indubitably complex and multidimensional. The most vibrant dish is one with plump Limfjord blue mussels in a potent, but not overpowering celery broth. They’re served with a cool, panna cotta-silky slice of “steamed milk”, and  astutely paired with a Granit 35 Aligoté from Boisseau in Bourgogne. All of the wines here are natural and seem to be selected exclusively to further amp up the flavors of the sea.

What ultimately makes a seafood restaurant legit is serving the catch of the day whole, on the bone. At Iluka you can have it either as a stand-alone dish––a perfect and sharable, light weeknight dinner––or as the pièce de résistance (and leisurely Saturday splurge) on the five course menu (which, at DKK 595 might actually be the biggest catch of the day).  It’s expertly cooked, presented no-frills style, with just lemon wedges and herbs.

The décor is as simple as the food, almost stripped in style, but the atmosphere is relaxed and friendly––downright buzzing when the bar seats are filled with the colorful patrons who find their way here from the surrounding Nyhavn hotels.  We suspect the city’s concierges are heaving a collective sigh of relief as they can finally, finally and wholeheartedly recommend a place to guests wanting to sample “the best seafood in Copenhagen”. A restaurant like Iluka was, until now, sorely missing in the capital of New Nordic.