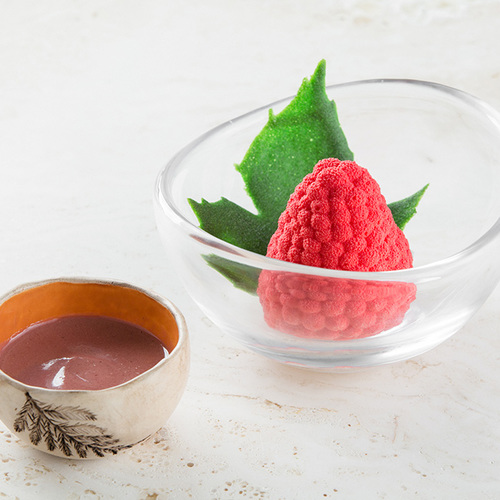 Reason to go: To feel the double power of identical twins cooking

To look out for: Steamed sterlet with a variety of beets and viziga (sturgeon spinal cord) fusilli

Twins Garden’s story may be easily used to build the plot of another Bollywood cookbuster about happily reunited souls. Two brothers, both chefs, Ivan (5 min older) and Sergey Berezutskiy once lived and worked, quite successfully (one for instance became S. Pellegrino Young Chef of the Year), each on his own, until they finally embraced each other somewhere around their 30th birthday.

The very first year they presented their collaborative Twins (bingo!) restaurant, it garnered substantial accolades. The next year as well, and then…it closed. The brothers had suddenly started to feel claustrophobic in their den; it was charming but not glamorous enough for a world-famous fine dining spot.

Six months later a new two-storey Twins Garden opened in a penthouse, on a centrally located plaza. “Garden” stands for the brothers’ own farm where most of the produce comes from; chefs these days are also devoted farmers.

When entering the restaurant you pass a birch alley; birch being the brothers’ totem as their last name derives from this iconic Russian tree. An elevator with two sole buttons then takes you to the 7th floor, and you immediately find yourself in the heat of the action. The shiny open kitchen and even shinier happy faces of the twins can be seen already from the foyer. The sizable windows allow you to stare at Moscow’s skyline for hours––this not a place for a quick bite. There are two set temptations––“Twins” and “Garden”.

The first is all about the similarities and the differences (like those in twins); smoked plum tartare with almost indistinguishable beef tartare, Murmansk sea urchin mimicking carrot puree. The latter menu explores the local and seasonal, each and every ingredient sourced at the Berezutskiys’ farm; green peppers with house-made Nubian goats milk’ ricotta, roasted piglet with cornel and Jerusalem artichoke, and even pan fried catfish (which doesn’t smell like mud––thanks to a special diet). À la carte options crown the menu.

Try ukha, the soup made of fish (red mullet, cod and halibut) and seafood (squid, clams, Kamchatka crab) mongered in all Russian seas, or steamed sterlet. The soup is served with a profiterole filled with trout milt, and the delicate sterlet with “fusilli”, fake spiral pasta, made of viziga (the sturgeon spinal cord) boiled in fish consommé, then simmered in sauce of capelin roe. The restaurant also boasts an enormous wine list with more than a thousand items, starting with emerging Russian wines, ending with a 100-year old Bordeaux and a collection of Gaja wines including 1950s and 1960s rarities.