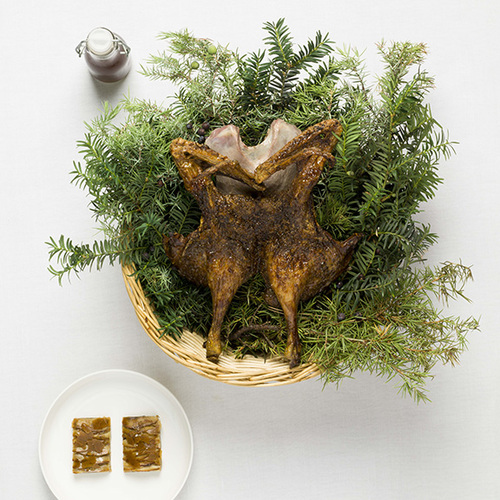 Stretching the boundaries of the traditional terroir

Reason to go: Raising the bar with innovative sauce techniques

Look out for: Aged avocado and celeriac mille-feuille

It is only fitting that legendary Chef Yannick Alléno, the “Prince of Palaces”, should suddenly find himself reigning over the kitchen at the historic Pavillon Ledoyen where the likes of Napoleon and Robespierre used to congregate. This classically trained cuisinier, formerly of Le Meurice where he received massive accolades, has leveraged his pole position in French gastronomy and raced even further ahead of his peers. Technical experiments, exotic ingredients and inspirations from all over the world are on offer here, albeit within a classic French setting and with a befittingly extravagant tonality.

Chef Alléno takes his cues from that most French invention, “terroir”, exploring it and stretching its boundaries through the slightly unexpected dimension of fermentation. With the help of scientist and historians he is redefining its uses, creating accents with extraordinary depth and clarity, most notably a brilliantly clear and refined celeriac sauce that hasn’t been reduced, yet has the rich complexity of lobster coral. Also displaying Alléno’s love for the rot vegetable is a delicate mille-feuille of aged avocado and celeriac, paired with a sticky, almost pudding-heavy coulis of chia seeds and coconut. Certainly unconventional and purely delicious in its unexpected harmony.

It shows that Alléno is passionate and meticulous about sourcing his produce, he takes pride in presenting noble greens such as a large heirloom spinach leaf, mild yet concentrated in flavor, lightly steamed, and acting as a shelter for a very small omelette that you are prompted to eat with your fingers as a “sandwich”. It’s daring attempt to remove the trappings of ornate silverware. A pepper-roasted lobster tail with a very pronounced sauce of its coral is a small masterpiece, though it’s almost out-shined by its accouterment, a humbly refined salad of very clever cabbage stems. Desserts are equally cutting edge, coffee is served with a small caramelized tarte, reminiscent of a creme brûlée, and lightly flavored with Guinness stout.

Reinventing the prevailing notions of what is and what could be considered gourmet seems to be Allénos new modus operandi. He is truly succeeding above expectations.